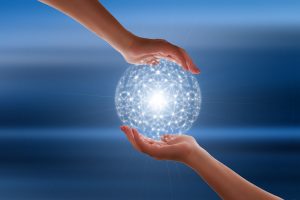 Millennium Partners awarded the E-Governance  Activity in  Bosnia and Herzegovina

In April 2020 Millennium Partners launched a new project in BiH to help Bosnia and Herzegovina (BiH) increase transparency and reduce corruption in targeted government-led processes, focusing on digitalization as a tool for fighting corruption. USAID awarded this five-year $10.9 million project in March 2020.

Millennium is awarded a grant by DRL to promote Access to Justice in Moldova, September 2019 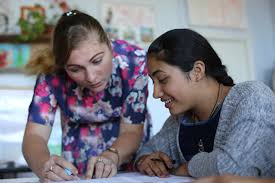 In the fall of 2019, the U.S. State Department’s Bureau of Democracy, Human Rights and Labor (DRL) awarded Millennium a grant to develop and implement public awareness campaigns regarding fundamental rights and freedoms and to strengthen the provision of legal aid to persons whose rights have been violated.

Under this $25 million USAID justice reform project,  Millennium DPI has been providing flexible, rapid response technical assistance to the Attorney General’s Office (AGO), relevant sub-committees within the AGO, the Federal Supreme Court of Ethiopia (FSCE) and/or other related government ministries in the process of reform. Millennium also works closely with a host of civil society organizations (CSOs) and media groups to ensure public input to the reform measures being discussed and promulgated. 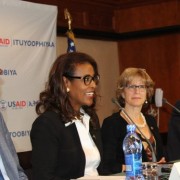 President of the Federal Supreme Court of Ethiopia, Meaza Ashenafi discussing reforms for the court system in Ethiopia

On Wednesday, February 7, a press conference was held to present the results of the Public Opinion Survey on the judiciary in the Republic of Moldova conducted by USAID’s Open Justice Project and the EU’s project Increasing the Efficiency, Accountability, and Transparency of Judicial Courts in Moldova (ATRECO). The survey was conducted in response to the Superior Council of Magistracy’s call for a more concrete assessment of the public’s perception of the judiciary.

The results of survey that were presented at the press conference indicated a low level of trust in the judiciary. Following the conference, a leading Moldovan newspaper, Deschide Stirea, highlighted how “Only 16% of Moldovans trust the Moldovan justice system. The figure is a bit higher, 18%, for those who have been directly involved with the judiciary. Superior Court of Magistracy President Victor Micu noted that corruption is a primary reason for low public confidence in the judiciary and he would like to see more surveys conducted to be able to identify and combat corrupt behavior. 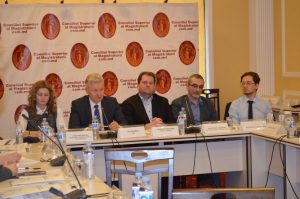 The Open Justice project, led by Chief of Party, Cristina Malai, is working closely with judicial counterparts like Mr. Micu to improve the quality of and the access to justice in Moldova by strengthening the capacity and integrity of judges and by using technology such as ICMS and other innovations to improve the efficiency and transparency judicial processes.

Millennium Partners together with Banyan Global, recently conducted a performance evaluation for USAID of the Tunisian American Enterprise Fund (TAEF). TAEF was established by Congress in 2012 for the purpose of supporting small and medium enterprise (SME) growth and promote international commercial best practices. Millennium Partners and Banyan fielded a diverse team of experts to conduct an “early implementation” evaluation on how the processes, investment strategy, governance, and operational structures of TAEF support the achievement of the goals of developing Tunisia’s private sector.

The Open Justice Project in Moldova, awarded to Millennium DPI, on May 15, 2017, is a two-year undertaking to provide technical assistance to promote more accountable and efficient justice processes that are transparent and accessible to all members of society. By promoting cutting-edge, web-based technological solutions, such as a fully integrated case management system (ICMS), the project will improve the administration and transparency of justice sector institutions. 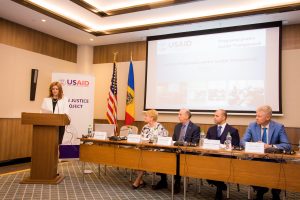 The JSSP supports United States Government (USG) objectives to develop democratic freedoms that provide justice, peace, and stability. JSSP will increase the capacity of the Kosovo Judicial Council (KJC), improve court administration and case management, and assist integration of courts in the North into the Kosovo Justice System.

Millennium DPI was awarded the Justice Project in Bosnia and  Herzegovina by USAID in September, 2014.  The $9.4 million project will be completed in 2019. The project is being implemented by Millennium DPI in partnership with the National Center for State Courts and Lucid Linx, a company based in Sarajevo,Bosnia. See http://usaidjp.ba/en

She also served at the Overseas Private Investment Corporation and the US Agency for International Development as an attorney on administrative law, ethics, contractor litigation and on project finance programs. At USAID she served as a lead litigator for contractor disputes and had a 100 percent win rate at the US Court of Federal Claims and at the Civilian Board of Contract Appeals. Also at USAID she led negotiations for a USAID-Eximbank $500 million mixed credit program with Pakistan, Indonesia, Thailand and the Philippines that provided project finance for power and telecommunications projects.

Her academic experience includes Distinguished Guest Lecturer and Advisory Board Member for Loyola University Chicago School of Law and adjunct law professor at the Georgetown University Law Center. She has authored two law textbooks, INTERNATIONAL DEVELOPMENT LAW (Oxford University Press, 2009), and TRANSNATIONAL BUSINESS LAW (Kluwer Law Int’l, 2003). In 2007 she was awarded Grand Prize by the St. Cyr Foundation (France’s West Point) for her essay, “A Fearful Symmetry: A New Global Balance of Power?” now available as a book THE NEW SOLDIER IN AN AGE OF ASYMMETRIC CONFLICT. She is also a Fulbright Scholar (2013-2018) and isavailable as a guest lecturer to foreign universities and U.S. institutions abroad.

Millennium Partners together with Development Professionals Inc (DPI) were asked by USAID/Bangladesh to conduct a Rule of Law assessment and two project Evaluations for USAID’s Democracy and Governance program. The rule of law assessment provided a targeted analysis of the status of rule of law development in Bangladesh, and made an assessment of the primary opportunities and constraints to the development of rule of law in Bangladesh. The Millennium Partners/DPI  team identified priority areas that could benefit from USAID interventions and made recommendations for future rule of law programs. Millennium also conducted evaluations for two USAID programs, the Leaders of Influence Program (LOI), a four year program designed to enhance the capacity of religious and secular leaders to contribute to national development and democratic reform efforts;  and PROGATI, (Promoting Governance, Accountability, Transparency and Integrity), a four year anti-corruption  program. 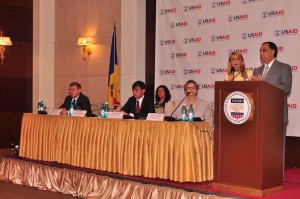 September 15, 2009
An agreement establishing the Threshold Country Program was signed by the United States and Moldova on December 15, 2006. The program will be coming to its end on September 30 with widespread achievements in many areas. The program, funded by the Millennium Challenge Corporation, was administered by USAID and implemented by various partners including Millennium Partners. It set forth the framework for an ambitious, multi-pronged initiative to combat corruption and increase transparency in Moldova’s public sector.

Many achievements have been attained in the program’s distinct components: judicial administration, health services, and tax administration under the Moldova Governance Threshold County Program, and other programs supporting the Ministry of Internal Affairs, the Center for Combating Economic Crimes and Corruption, and the Customs Service, as well as building capacity in civil society and media to monitor reforms. Many wide-ranging policy changes and other reforms have resulted, which have contributed to good governance and greater transparency in government institutions.

U.S. Ambassador, Asif J. Chaudhry and key Moldovan government officials spoke at an official celebratory close-out event at the Leogrand Hotel, Chisinau on September 15, 2009. The theme of the event was, “Celebrating our Achievements: Committing to the Future.”

In his remarks to attendees, Ambassador Chaudhry said the program’s milestones of achievement were notable but they represented far more than statistics; they translated into real-life and meaningful change for citizens. Ambassador Chaudhry said, “We rightfully gather today to celebrate these many achievements, but we also are here – during this time of political change – to commit ourselves to continuing to build upon the groundwork that has been laid by the Threshold Country Program. We know from our experience in the United States that reducing corruption and increasing transparency takes time and will require constant vigilance and hard work, and that the work is never finished. I am confident that the Threshold Country Program has brought greater consciousness in Moldova of how corruption can, and must, be tamed. Yours is a long- term commitment to address these issues and we, your U.S. counterparts, are here to continue to serve in partnership with you in that quest.” 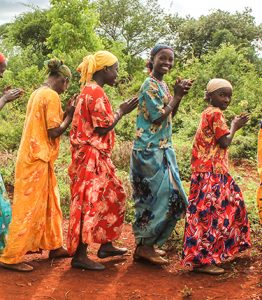