The Moldova Governance Threshold Country Program (MGTCP) was a two and one half year $14.6 million initiative funded by the Millennium Challenge Corporation (MCC) and managed by the United States Agency for International Development (USAID). MGTCP was implemented by the Millennium Partners (formerly Millennium IP3 Partners) and covered the period from May 16, 2007 to September 30, 2009. This was a highly complex project that was designed to improve the governance of Moldova’s national government institutions including the Ministry of Health, Ministry of Justice and the Judiciary, and the State Tax Service.  The overarching goal of the program was to reduce corruption in these three areas since corruption was identified in the MCC country indicators as the key constraint to Moldova’s eligibility for the Millennium Challenge Account.

Millennium Partners was successful in reducing corruption, increasing transparency and improving the quality of services provided by the judiciary.

Referring to the re-opening of the courthouse in the fall of 2008 after major structural and architectural renovations, installation of updated computer equipment and the installation of staff members who are now well-trained in the technologies being used by the court, Court Administrator Victoria Frunze said:

“The changes are radical,” says Frunze. “Now, our work is easier and more efficient and we can more readily serve the public.” Among the computer technologies that Frunze says makes her job easier is the ICMS system. She once was responsible for assigning judges to cases – a task that ICMS does automatically. “It’s also created greater transparency into how judges are assigned to cases.” The system takes one major task off her desk, so to speak, and Frunze says that together with the other administrative changes it means she and her colleagues get so much more work done in a day. “And that means if we finish work more quickly we also can take on more work too.” 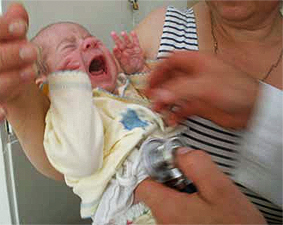 The MGTCP worked with the Moldova Ministry of Health in developing:

“It’s an extraordinary advancement. Having these protocols not only will streamline the diagnosis and care of patients across the country but they also are a sort of protection for doctors who can solidly justify their medical decisions when they follow the protocols in their diagnoses and treatment of patients.”—Dr. Ludmilla Capcelea, Director of Family Doctor Center in family in Cimislia. 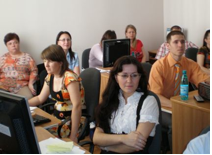 Taxpayer Customer Service Center was established to reduce opportunities for corruption  by eliminating excessive contact between taxpayers and tax administration staff, and to provide an easy, user friendly way to receive information about taxes. Millennium assisted developing operating software that includes a database of frequently asked questions and answers that operators can access while responding to taxpayers’ enquiries. We also  assisted STI tax specialists develop  a database of more than 4,000 FAQs dealing with personal income tax, VAT, excise tax and property tax.

Collection Enforcement Tracking System (CETS) is one of several areas of collaboration to strengthen its IT systems in order to combat corruption, increase transparency, and improve efficiency of tax collection.

CETS has been programmed and accepted by FiscServInform and STI. 410 computers, 2 servers, 20 bar code scanners, 143 printers and other related IT equipment delivered to STI central and regional offices.